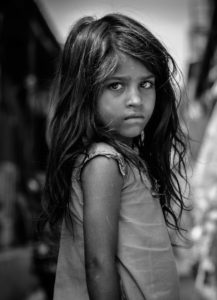 Children in cages on US soil: American family values, myth or reality? How does a nation that places such high regard for the family justify tearing children from the arms of their parents and warehousing them? Where is the justification for the trauma of this sudden and unexplained separation? This type of disregard for family is reminiscent of dark parts of American history.Years ago, during slavery time, “Massa” would creep out of the big house in the dead of night.  Lusting after one of his comely slaves, he would burst into her family’s quarters,  disregarding her husband’s presence, and plant the seed of a mulatto slave baby.  Over the years, the mistress of the manor would have to endure the sight of numerous café au lait slaves.  Adultery and rape: American family values?

In the early 1800s an event occurred that was not in any of my elementary school books when we studied the American Indians.  Native Americans were herded into a forced migration from South to West.  It took a tour guide two years ago in Sedona to introduce me to the Trail of Tears. The tribal elders, keepers of Native history and cultural folklore, were massacred to essentially wipe out knowledge of the history of their people, with the intent of preventing the culture from being passed down to future generations.  Children were whisked off to Christian schools and the cutting of their hair was symbolic of cutting their ties with tribal culture.  Grandparents and children removed from their families. American family values?

Today we are horrified that at our borders, immigrant Latino children are torn from the arms of their families. We respond as if this is the first time that such inhumanity has occurred in our idealized nation.  Clearly, this is not a new phenomenon in this land which has a systemic history of destroying black and brown families within our borders, then whitewashing the history that is fed to our children.

Wake up, America.  We are better than this.  Yes, we have an idealized view of family values, as depicted by The Brady Bunch, Little House on the Prairie, and The Waltons.  But we also have a dark history of family devaluation that is being revisited now, and that must be stopped. A nation with the creative brain power and determination to put a man on the moon certainly has the ability to resolve the plight of suffering immigrants in a humanitarian way.  We can reach a solution that keeps families in tact, and honors the purported ideals of this country.